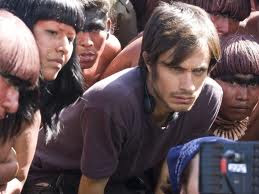 Columbus Day, October 12, 2010 – Vitagraph Films, LLC partners David Shultz and Margot Gerber announced today that they acquired all North American rights for Spain’s official entry for ‘Best Foreign Language Film” for the 2011 Oscars, TAMBIEN LA LLUVIA (EVEN THE RAIN) from Wild Bunch, on behalf of producer Juan Gordon’s Morena Films. Ironically the deal was finalized in time to announce the acquisition on Columbus Day, as the “film-within-a-film” in TAMBIEN LA LLUVIA chronicles some of gold-seeking Christopher Columbus’ exploits with the indigenous people he encountered in the Americas, circa 1492.

The deal was negotiated on Vitagraph’s behalf by European agent, Guy Amon of the Paris-based Leisure and Multimedia Consulting. LMC has been representing films in France since the early 1980s and works with Munich based TMG/CONCORDE FILM ‘s Dr. Herbert Kloiber and Markus Zimmer on film and television acquisitions for German speaking territories and sales in the French market of TMG's productions.

TAMBIEN LA LLUVIA sets up an intriguing dialogue about Spanish imperialism through incidents taking place some 500 years apart, while examining the personal belief systems of the members of a film crew headed by director Sebastian (Gael Garcia Bernal) and his producer Costa (Luis Tosar) who arrive in Bolivia to make a revisionist film about the conquest of Latin America. Set in February and March of 2000 when real-life protests against the privatization of water rocked the nation, the film reflexively blurs the line between fiction and reality in w 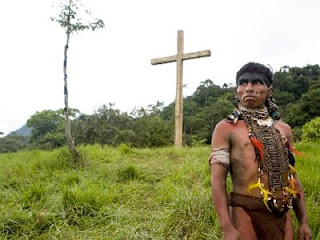 hat Variety calls "a powerful, richly layered indictment of the plight of Latin America's dispossessed." Carlos Aduviri is dynamic as a local who is cast as a 15th century native in the film, but when the make-up and loin cloth come off, he sails into action protesting his community’s deprivation of water at the hands of the government. Meanwhile, Gael Garcia Bernal’s Idealist film director is as relentless as Werner Herzog infamously was in making FITZCARALDO, pushing ahead against all odds, ignoring the prevailing danger about to disrupt at any moment. Despite the devastation emerging around him, Sebastian seems unable to engage with any emotion over than a dogmatic desire to get his film done. And of course, the film also recalls themes in Herzog’s AGUIRRE, THE WRATH OF GOD and the film-within-a-film scenes are as brutal as any in APOCALYPTO.

Founded in 1999, the Los Angeles based Vitagraph Films, LLC is a self contained theatrical and home optical, television distribution entity. Vitagraph currently has the documentary AHEAD OF TIME: The Remarkable Life Story of Ruth Gruber (directed by Bob Richman) in theatres and will open TODAY’s SPECIAL on November 19th. In 2009, Vitagraph Films distributed VALENTINO THE LAST EMPEROR, a documentary on the Italian haute couture fashion designer Valentino and the Academy Award and Golden Globe nominated THE BAADER MEINHOF COMPLEX: The Story of the Red Army Faction, a docudrama based on the West German terrorist group that formed in the late 1960s in opposition to the prevailing post-WWII government. In 2005, Vitagraph Films released Spanish filmmaker Alex de la Iglesias’ EL CRIMEN FERPECTO in the U.S.

Posted by VitagraphFilms at 11:09 AM No comments: 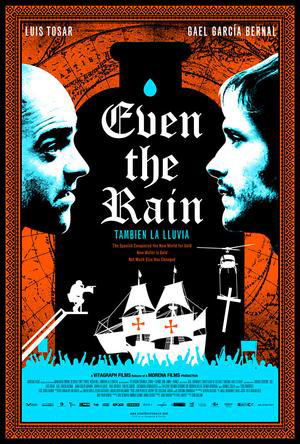